From 15 September to 15 October 2011, the Spanish sculptor will be exhibiting animated iron contortions in the under-church of the Basilica of San Lorenzo. 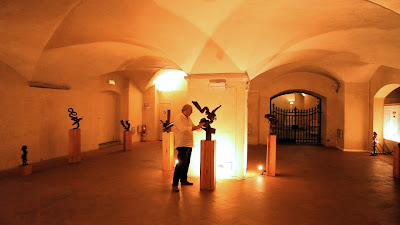 The Florence exhibition is organized by Studio Abba with critical texts by Professor Giampaolo Trotta. Antonio Díaz García was in Florence in occasion of the exhibition, accompanied by a Spanish television channel crew, the Editor of Lleidart magazine, Luisa Noriega, who has assisted in the organization and promotion of this event together with Trazos Marketing. 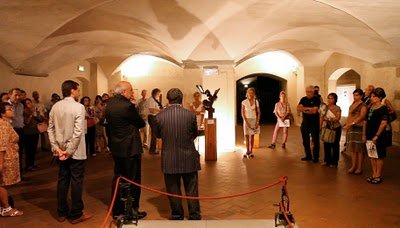 Antonio Díaz García shapes metal and in looking for new dimensions, he plays with empty spaces and invites visitors to fill those spaces with their imagination and their emotions. From the antique art of forging iron, in which Antonio Díaz García is a master, the iron bars twist like sinuous snakes, to create objects that seem to be suspended in motion. From a modern Vulcan forge, these "plastic contortions of iron and fire" are created. Abstraction and fluidity of matter evoke power and energy, in a constant balance between tension, torsion and gravity. 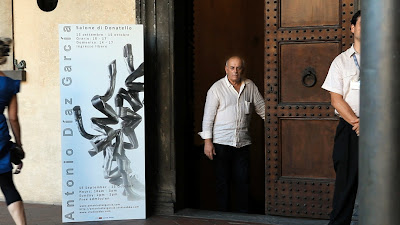 As with Constantin Brancusi’s artistic and spiritual path, Antonio Díaz García’s activity is a constant process of simplification of the essential forms, which allows him to unleash the power and energy of matter. His work stands on its own in an authoritative manner, for its originality and rigour of style and for such simplicity of form. An essentiality that is always governed by its uniqueness that, unlike Brancusi (one thinks of his Endless Column), does not test one with its repeated modularity, but leads to an exasperated and lonely search for both the shape’s unrepeatability, in its similarity yet not identical nature to the next shape, as well as for the organic nature of the matter itself. (Giampaolo Trotta) 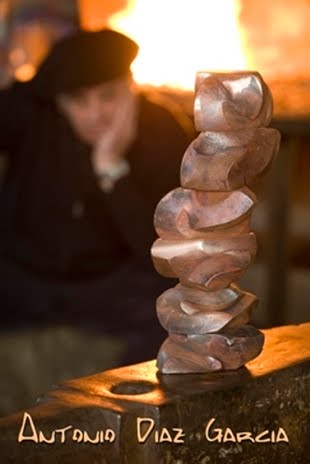 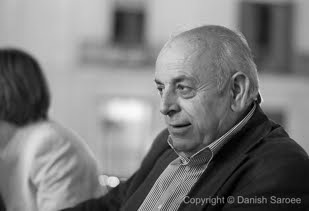